Why is Farming Expanding in Kingman AZ? 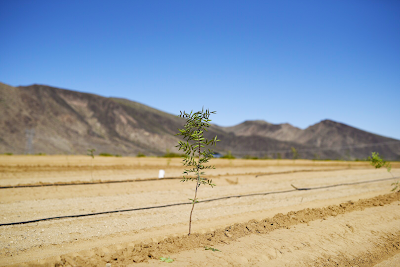 These photos were taken in August of 2016. What they show is 570 acres of land  being planted with Pistachio trees approximately 35 miles north of Kingman on Stockton Hill Road. The address for this is 17250 Stockton Hill Road. This is a significant dynamic changing event for the entire Hualapai Valley. Why is that? The property is owned by Jim Rhodes of Las Vegas and is being managed by The Wonderful Company. 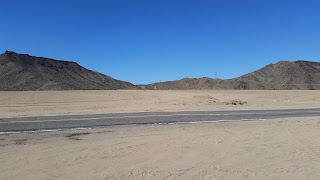 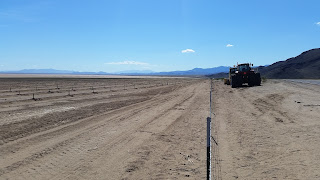 The past 16 years have been one of the driest on record. A prolonged drought has caused California Farmers to face severe water restrictions or pay a much higher price on district or irrigated water. Some farmers have been forced to not only curb their production but completely idle thousands and thousands of acres. Trees that were producing are now being ripped out of the ground and the water that was used for those orchards are being re-allocated to the ever growing city populations. For that reason I think we will see more and more nut farmers expand or completely relocate to this area.

Pistachio Market Overview
• The U.S. pistachio industry is relatively young, much of it dating back to 1976, the year the U.S. placed a boycott on the importation of pistachios from Iran and Iraq.
• From its first commercial crop in in 1976 of 1.5 million pounds, the market has increased up to 551 million pounds in 2012, a 24% increase from the previous year.
• Today, the states of California, Arizona and New Mexico represent 100% of the U.S. commercial pistachio production.  California comprises 98.5% of the total with over 250,000 acres planted throughout the San Joaquin Valley (see map to the right). • Pistachios trees require several years of growth until they begin bearing nuts, with significant production starting 7 to 10 years after the pistachio trees have been planted.
• The United States is the second leading producer (and exporter) of pistachios nuts behind Iran, providing 24% of the world total. 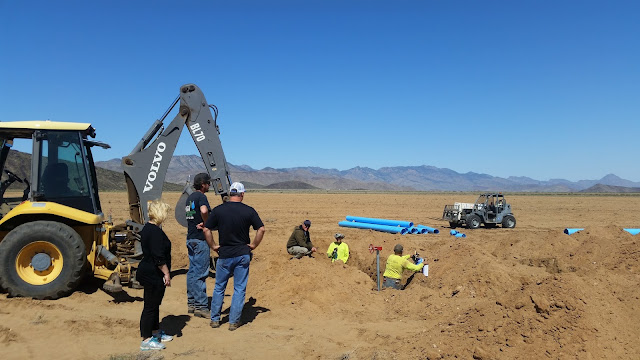 This is a 320 acre farm that has been cleared and now is planted with Pistachios. I sold the parcel to the gentleman who have now planted this farm. I can give any buyers for the area a tour of this farm anytime.
• The northwest region of Arizona is one of the few locations that have the same exacting water and soil conditions and number of chill hours as the Central Valley which are required to grow pistachios. • Even though Arizona has experienced a drought like California, the northeast region of Arizona sits on the three massive aquifers, including the Hualapai Valley, Detrital Valley and Sacramento Valley water basins which, according to US Geological Survey estimates, have collectively approximately 47.3 million acre feet of water.
• In a worst case scenario, even if other landowners develop their properties into pistachio and almond orchards, there should still be adequate water supplies for all landowners, including those who have developed pistachios and almond projects for over 100 years. • According to Arizona Groundwater Management Act, “a person may … withdraw and use groundwater for reasonable and beneficial use”, which includes use for agricultural purposes, thus assuring Red Lake I with a reliable source of water for the Project. 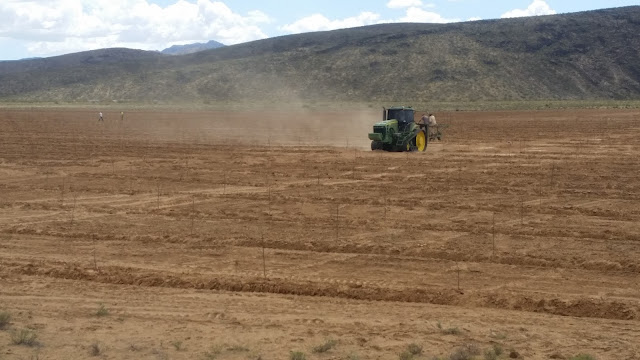 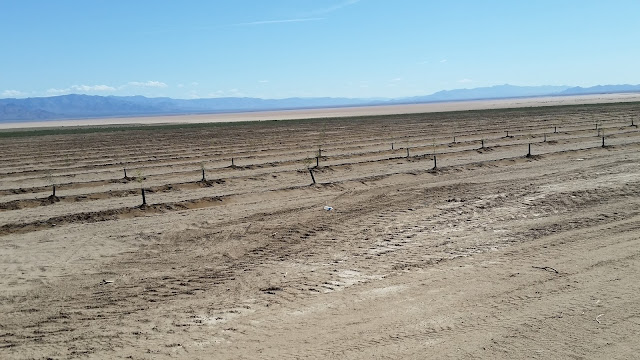 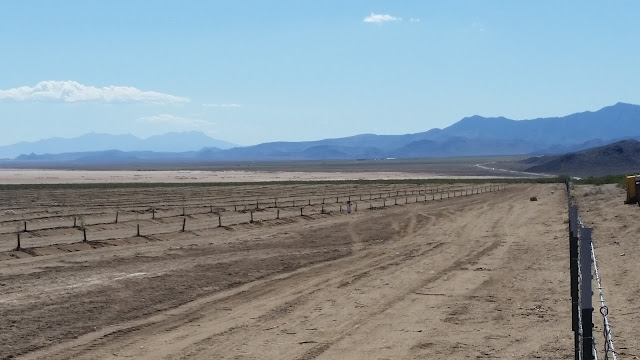 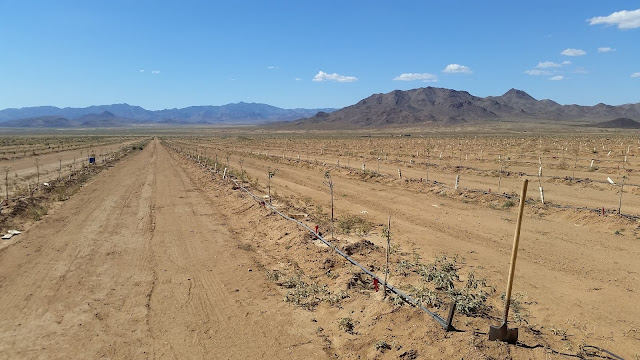 These are all Walnuts that have recently been planted by Rodney Beard of Quality Nut. 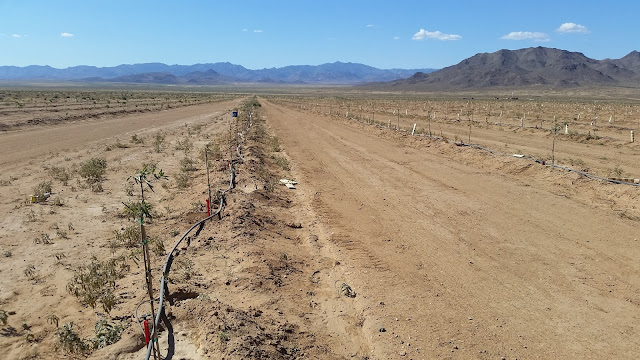